Visit from the Mayor

The Mayor of Barnstaple, Cllr Alan Rennles, visited the school on 26th June, when he was welcomed by Mr Hall and Ms Morris and introduced to all the classes.

Cllr Rennles, who attended the school himself when it was the Barnstaple School for Boys, was very impressed with the children and the buildings. He was accompanied on the visit by Civic and Ceremonial Manager Louise Lecky-Thompson, who said afterwards: “It was a real pleasure to see your school in action and to meet both the children and the staff… I know that Alan was most impressed with all the hard work that goes into making your school such a welcoming and warm environment, which enables the students to thrive and develop their passion for learning.” 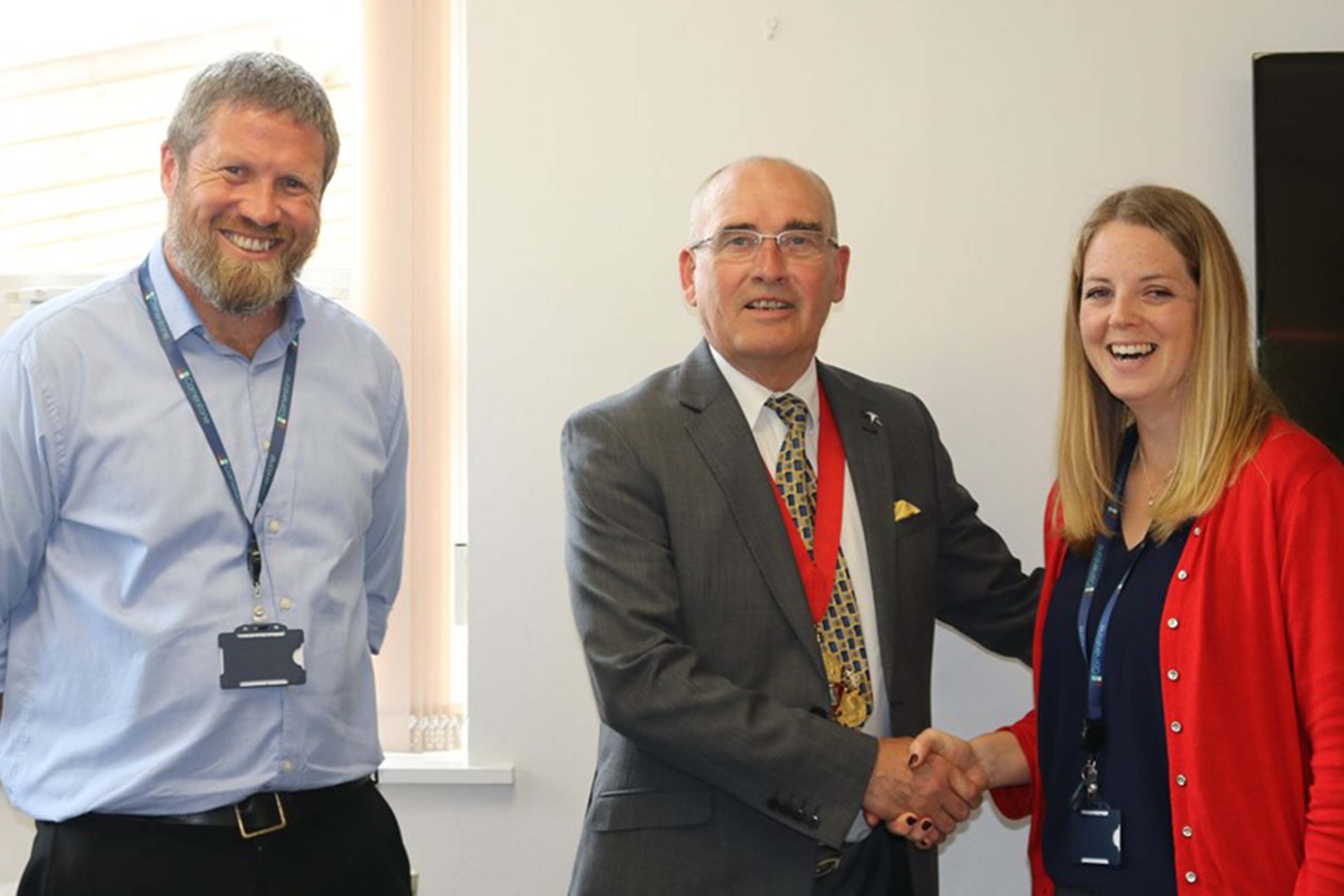